January was warm and sunny and everyone thought we would have a mild winter… That was until the winter storm of 2019 broke out around the county! At first, it snowed 3 inches and life went on as normal. People still went to work, kids went to school and you could easily take a walk outside. But on February 8th, the storm really set in!! It snowed all day and by the time evening finally rolled around, we had over 9 inches of snow! It continued to snow the next day and the snow level raised to a whopping 19 inches! The pigs and the family mutt, Buck, had to fight to get through the snow that was over their heads. Stores closed, cars went flying off roads and school was canceled.  Even Walmart closed for the storm! Only Costco prevailed. 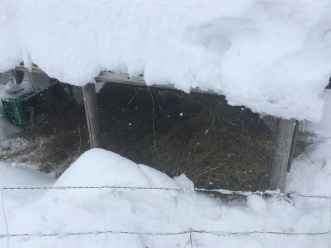 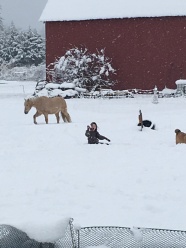 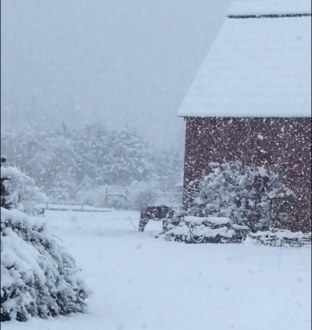 The snow was perfect for building snowmen in and for having epic snowball fights.  We even covered E in it! 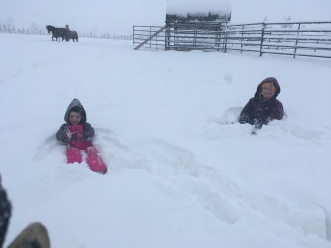 We also took a family trail ride down the road! Besides our freezing hands and feet, it was a really beautiful ride! 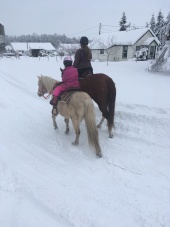 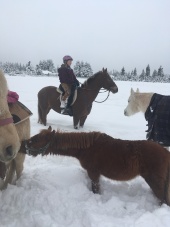 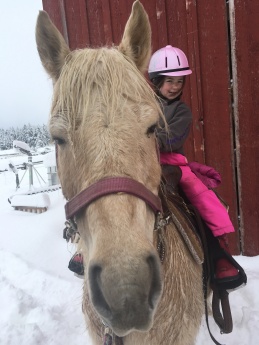 Chores on the other hand were not as fun. It took a lot of energy to plow our way from the house to the barn in knee high snow. And it froze at night, so all the water troughs were frozen over and the ice had to be broken and scooped out. We also had to sweep off the roofs of all the snow so they wouldn’t collapse.  And the stalls…oh the stalls, they won’t be cleaned until the snow melts and we can push a wheelbarrow again… and that won’t be soon because it will be super muddy when everything melts! 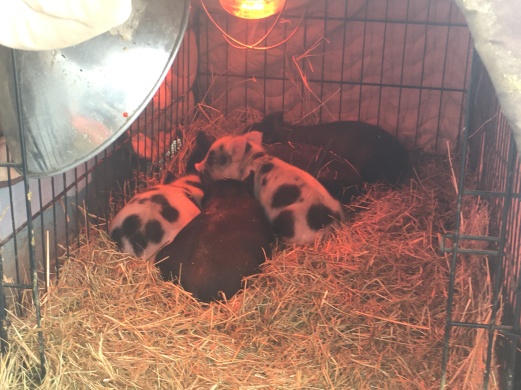 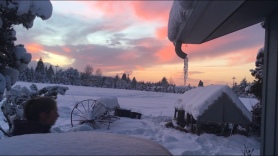 Even with the snow, I am determined to work with Alaska. When it first snowed, I was only able to work on having her stand tied while I brush her. But luckily, the round pen packed down quickly and I was able to get on with her round pen training!

Alaska and I played with a scary tarp in the snow! Here is a link to a video about it➡ Playing With Tarps

My Dad works for a water plant that is at a higher elevation than we are and they got 3  feet of snow! Unfortunately, the snowplow was unable to clear the small dirt road that leads to the plant. My dad had to make a treacherous 2 hour hike in, up and down the mountain on snow shoes. Hard work! Luckily, he found someone with a snow cat (think fully enclosed ATV on tracks) to drive him up to the plant for next time!

We had a blast in the snow but I can’t wait for summer! Many fences and barns collapsed around the county due to the heavy snow fall. We are praying for those less fortunate, who I’m sure are eager for warmer weather to rebuild.